News Group
Certificates
More
Issue Time:2017-07-03
With the largest population in the world, China is still one of the most promising markets for footwear consumption in the future, especially in the brand shoe market.The personage inside course of study says, the world of footwear production is 2-3 times of the world's population, the growth of footwear products are twice the population growth, and is located in Asia, China now consumes footwear nearly 2.3 billion pairs, has more than 2.2 billion pairs in the United States, the highest in the world.Currently about 1.2 double per capita consumption of shoes in Asia, according to the Swiss bank's latest estimates: with the continuous development of Asia economy, the increasing consumption ability and consciousness of the people, as well as the rural consumption level improved, in the next decade Asia per capita consumption is bound to break through three pairs, which more than 100 pairs of consumption, strong market consumption potential will effectively support sustainable development of the Asia footwear and fully open the Asian industry vigorous development space.
Previous company development
KeyWords

Just tell me what you want, a customized product is welcome! 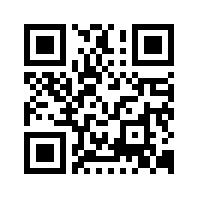